Report on the cleaning, repair and conservation of Ichthyosaurus crassimanus prior to its redisplay in York Museum in March 2011 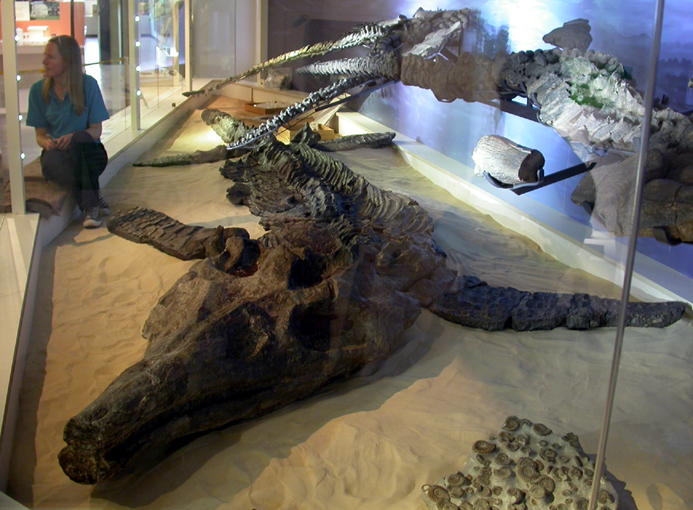 This rare complete skeleton is the Type Specimen of Ichthyosaurus crassimanus, from an alum shale quarry north of Whitby, donated to the museum by the Rev D. R. Roundell in 1857. It is nearly 30 foot long and was originally displayed vertically, mounted on a wall secured with iron and copper bars from behind and embedded in mortar and plaster. It was removed from the wall in 1991. During the process, evidence of extensive dry rot and woodworm was found within the mount material, and some pyrite decay within the specimen.

Condition of the specimen
The postcranial material consisted of several dozen pieces, ranging in size from blocks weighing in excess of 50 kgs down to small sealed bags containing broken fragments of bone a centimetre or so across. The specimen has many fine to medium-sized cracks that opened post-excavation. Some apparently opened up when the specimen was on display before. Building work in the museum in the late 1980s utilised percussion drills and it is thought some of these cracks may relate to the vibrations caused by this work. Four pairs of marker disks were attached either side of cracks in the abdomen in 1989 with polyester resin whilst it was still on display when there was concern about the cracks widening. These disks enable the movement of the specimen either side of the cracks to be measured, so they have been left in place to be of further use. 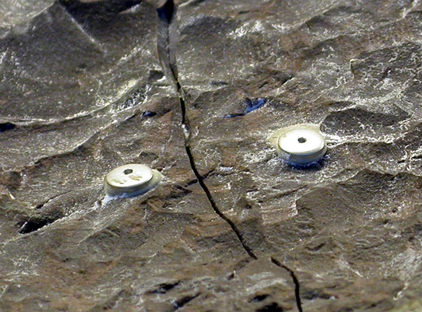 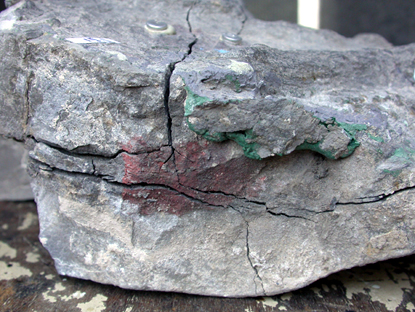 Some cracks may have opened up since and although the specimen is not currently considered to be at risk from pyrite decay, in the 1970s the specimen seems to have been treated with morpholine for pyrite decay and whilst removing the specimen from the wall in 1991 it was found that the phalanges of one of the pectoral limbs (presumably the right pectoral limb, see below) had been affected quite badly by pyrite decay, making them very friable. The only area of pyrite decay found during the 2010/2011 conservation project was within the ribs of block C.