Cleaning, repairing and conserving a King Penguin for Worcester Museum. 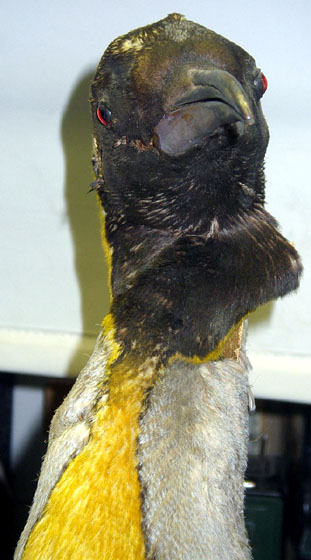 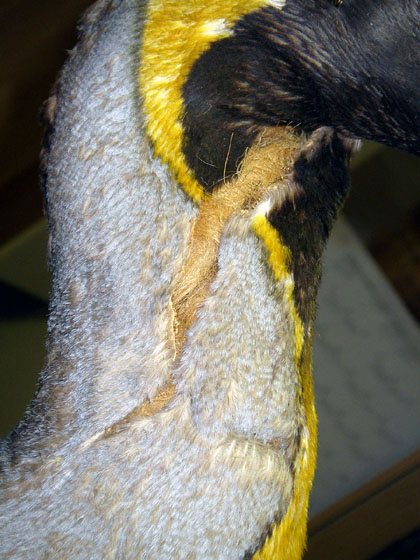 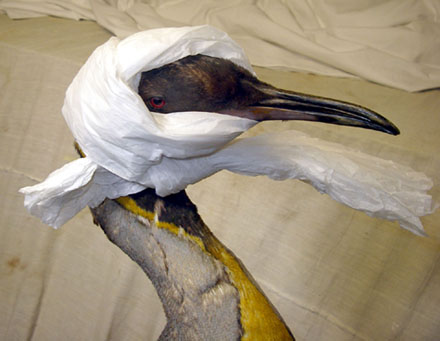 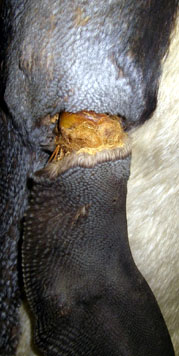 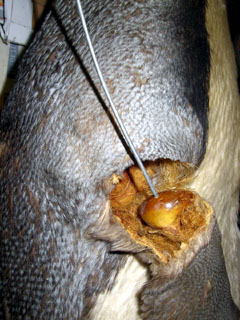 This taxidermy specimen of a King Penguin (Aptenodytes patagonicus) was in very poor condition (see photos above) and had presumably been used for handling by the public. The head had been badly wrenched so that much of the neck skin and plumage was torn (extending around the head and down the neck for 19 cms) but thankfully most of it was still present. The head was realigned so that the torn areas met up again, then skin flaps were peeled back to expose hempen fill so that it could be consolidated (10% paraloid B72 in acetone). The skin of the head was glued back using neutral pH PVA. The tissue paper roll tied around head was to maintain pressure on this area to ensure adequate adhesion. The skin flaps were gradually glued down in small areas areas over 6 days - using the tissue roll as before to maintain pressure. Other areas of the plumage were severely disrupted but not torn. Many feathers were missing or detached. The detached feathers were glued back onto the body and the plumage preened for several hours.

Both the flippers were loose. The right flipper was detached from its base and was hanging on by the skin only and required rewiring into the shoulder: The ball of the humerus was drilled and wired, the interior cavity (socket area) was consolidated with 10% paraloid solution, and the wire was sharpened and inserted through the upper left shoulder area. The flipper was supported by a small block of wood, and the final adhesion layer was small PVA-soaked pieces of tissue tucked into the join and then the area was weighted. The left flipper was also wrenched from its socket but was less damaged. The plumage around the join was lifted and small PVA-soaked pieces of tissue were tucked into the join and then the area weighted until set.

The right foot was detached from the body although still attached to the base. This was replaced on armature wire using epoxy paste and the ruptured plumage was glued and preened into place. 26 detached feathers from various areas were glued back into place in key areas as required. Seams down the back were preened using forceps so that many gaps are now covered by normal plumage. Case-bearing clothes moth capsules were removed and loose feathers glued back into place. No trace of live pests were observed during this project.

Below is the repaired and conserved specimen: 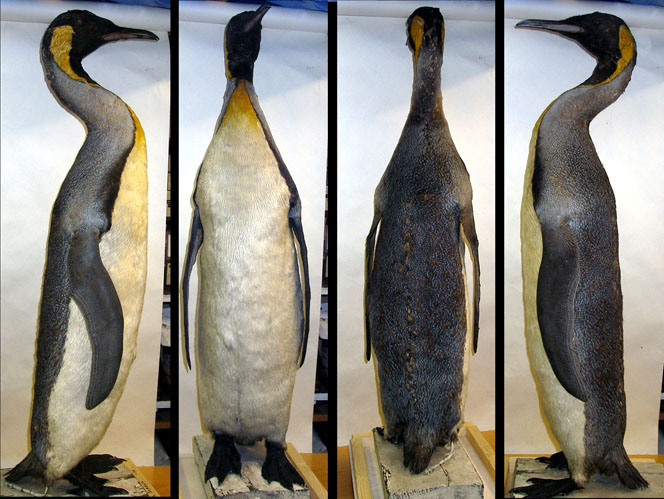