A survey was undertaken at English Heritage’s Audley End House where there are two corridors consisting mostly of cased birds from around the world (many mounted by F. Butt). A few birds required treatment and were found to have subcutaneous fat ‘burn’ where the fat oxidises over time and corrodes the skin, leading to feather drop. This was often caused by the hasty mounting of a large order within a tight schedule. 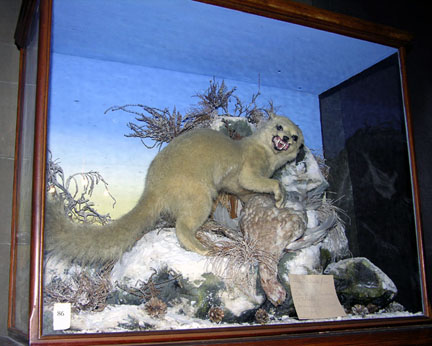 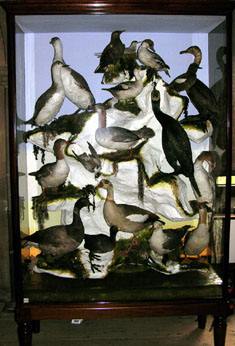 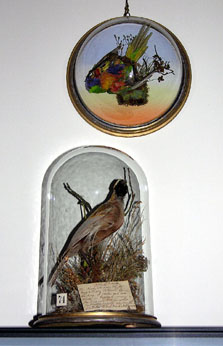 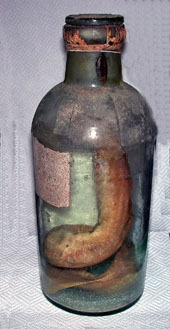 A 19th century hagfish specimen from Penlee House Museum in Penzance was conserved. Barely preserved in water that had once been alcohol (almost entirely evaporated) the fish had become infested with fungus which had dissolved away much of the outer skin and it had become exceedingly fragile. The specimen was carefully cleaned and conserved.

A new and effective method for cleaning white bird feathers was discovered this year and a paper written (Moore, S J: Cleaning dusty feathers – a technique that works. NatSCA News, 4: 32-33).

From the private sector, a large case of British birds was conserved following ingress of the varied carpet beetle into the display and affecting about 10% of the mounted specimens.

Another collector brought in some moths, severely affected by mould. These were cleaned using alcohol swabs.

On the Preventive Conservation side, it was found that fluorescent light fittings should be checked periodically since insects, including pests, are attracted to them. A few live pests were found in a few such fittings! 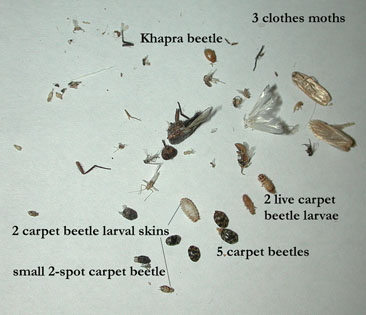