This large Jurassic ‘Titanites’ ammonite was on open display in the gardens of Exeter University for many years, exposed to all weathers. About 73cm in diameter and about 20cm deep and preserved in limestone, the specimen was cemented to a large limestone block beneath, and further held in place with a large metal peg which was inserted both into the centre of the ammonite and into the limestone block and secured with a very tough epoxy resin. Vegetation had been allowed to grow over the specimen until recently. As a result of general weathering and specifically freeze/thaw action, the specimen had cracked into many large pieces and a couple of dozen smaller pieces, many off which had fallen off. Several other fragments were very loose. It had possibly disintegrated so badly over the previous year or so due to the cold winter of 2009-2010. It was in an extremely vulnerable state and needed to be removed to shelter before it suffered more damage. 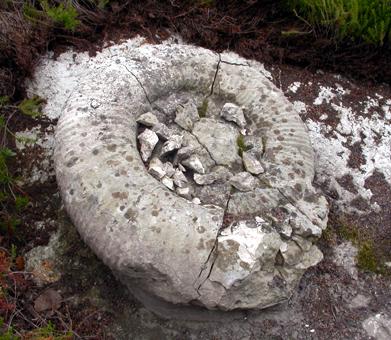 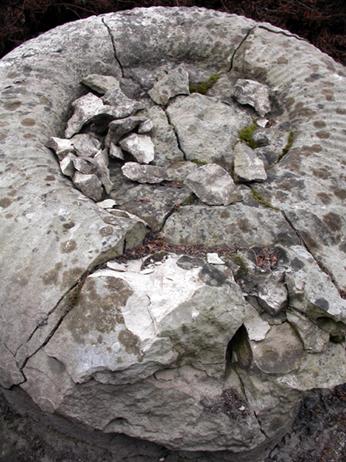 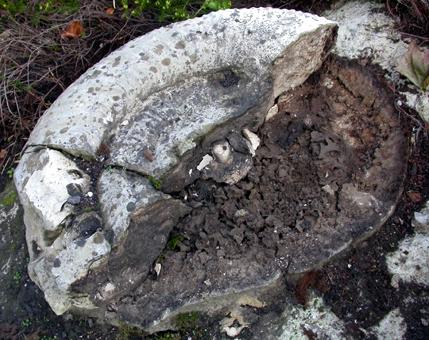 Dismantling and removal of the specimen:
The smaller pieces that had already fallen off were bagged-up straight away, keeping together those that seemed to be in association. Then, the medium-sized pieces were bagged-up, labelled and finally the larger pieces. The worst of the mortar was removed with a chisel and soft mallet and disposed of. All pieces were laid on a foam mattress for transportation. As the specimen was dismantled, photos were taken to record positions and to show quite how dirty the pieces were. Soil had formed in the gaps between the fragments, and the specimen was dotted with lichens and mosses. The specimen was taken to the conservation studio in Shropshire where it was cleaned and reassembled.

Cleaning and repairing the specimen:
The specimen was extremely dirty from the vegetation that grew over it, and from the soils that developed in the cracks between the pieces and underneath. Also, lichens and mosses needed to be removed. The specimen was brushed with soft brushes, which did little. Small experiments with swabbing with Syperonic-N and distilled water showed a propensity for the wetted soils to stain the specimen. The lichens in particular proved to be very stubborn. It was found that the only method that would remove soil, dirt, and lichens without damaging the surface was a precise jet of compressed air lightly laced with sodium bicarbonate, using a Swamblaster airabrasive unit. This was a very time-consuming process, working in areas a few mm square at a time. Epoxy resin had to be removed, from where the specimen was secured to the metal peg. This was undertaken with small chisels and scalpels and a small soft hammer. 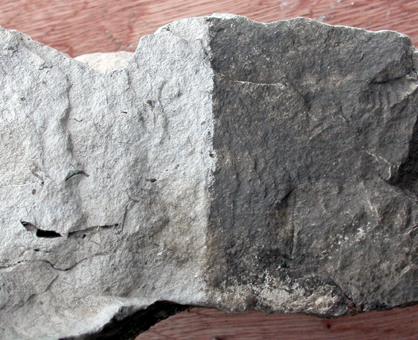 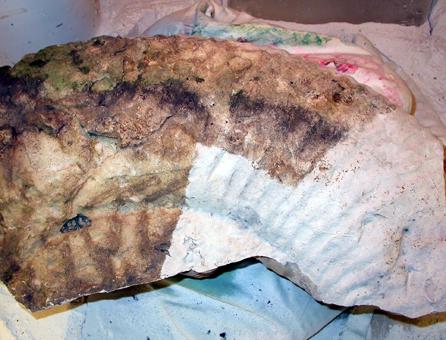 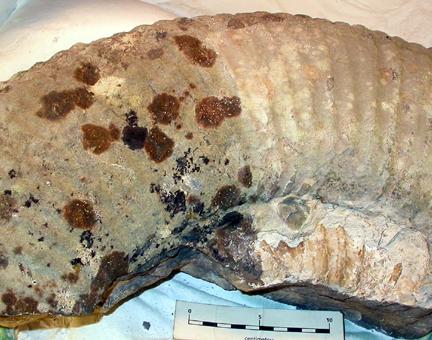 Once cleaned, the pieces could be adhered back together. First, the surfaces requiring gluing needed an application of consolidant, to build up the strength of the limestone either side of the breaks, particularly as the larger pieces were quite heavy. The adhesive was Paraloid B72 (a reversible museum-quality methacrylate copolymer), and the consolidant was the same, mixed with acetone (about 10% PB72, 90% acetone). As the specimen had to be repaired in a vertical position to use gravity to help secure the pieces together rather than working flat, a Paraloid-based gap-filler could not easily be used (normally small gaps would be filled with a mixture made from Paraloid consolidant (25% in acetone) and glass beads 44 microns in diameter. This is reversible with the application of acetone). This is because it would tend to flow out before setting, flowing over the surface of the specimen. Instead, plaster of paris was used where necessary. This was then painted-out with artists acrylic paints.

Several of the pieces are (or contain) the natural casts of small molluscs that were washed into the ammonite shell before or during its burial. They may be useful if someone in the future would like to study the taphonomy of the specimen. Regarding this, many of the tiny pin-sized holes in the surface of the specimen were probably bryozoa that were living on the inside of the shell after the ammonite died and the shell was on the Jurassic sea floor before burial. 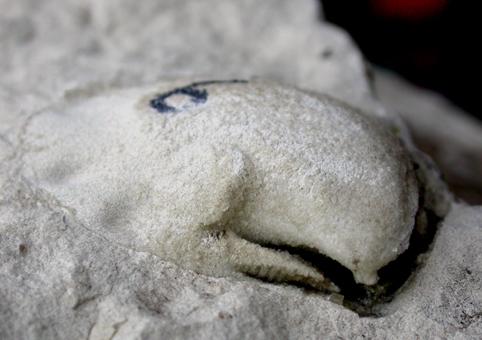 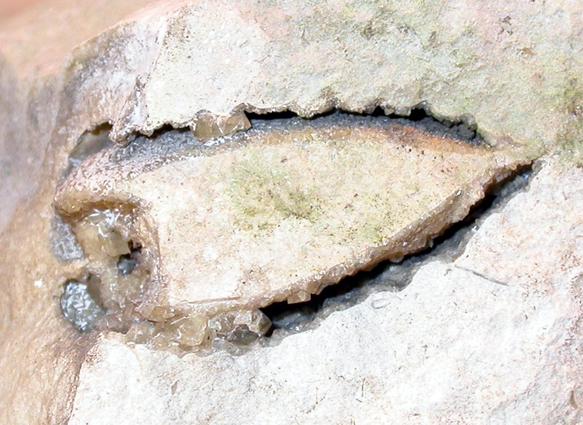 Photographs of some of the associated small molluscs.

The specimen now sits on a wooden board lined with inert Plastazote foam. As it is the in-filling of an ammonite shell (a natural cast) with no internal structural integrity and consists of a soft limestone, and because it was shattered into many pieces, it is still relatively fragile even after repair - partly because it is so heavy. It will have to be handled carefully. 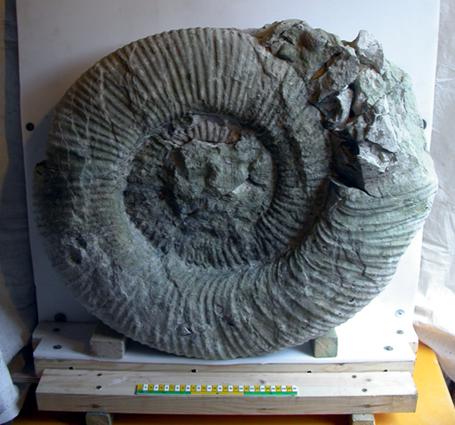