In June 2010 Simon Moore delivered another four-day Fluid Preservation course, this time at the Sedgwick Museum's Brighton Building, Cambridge. A variety of natural history curators and conservators learnt about the effects of fluid fixatives and preservatives on zoological and botanical specimens. The course was very practictical, concentrating on repairing specimens that have decayed, collapsed and/or dried out etc. Also, important topics were covered such as jar comparison, sealing techniques and fluid analysis. Some attendees brought along their own institution's problem specimens to work on.

The picture on the right shows a badly dehydrated chamaeleon: once rehydrated, the sunken left eye was skilfully removed and then replaced on a celloidin cushion using glass needles to position it.

Some examples of procedures taught and specimens studied are below: 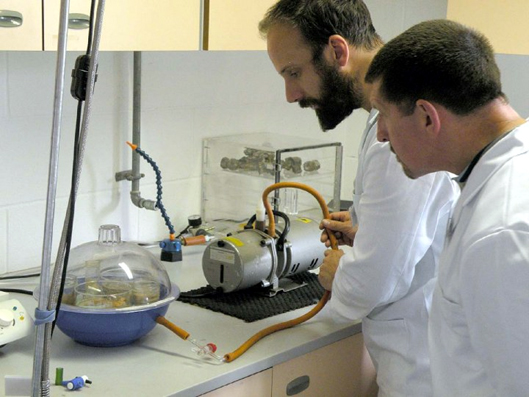 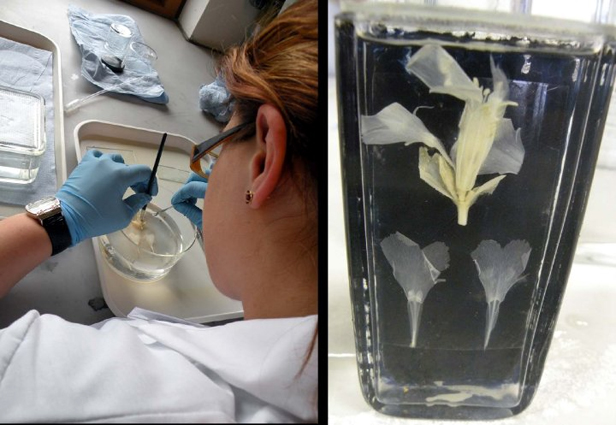 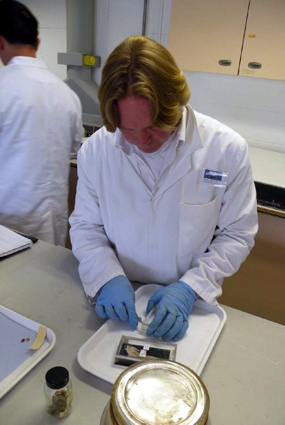 On the left, Geof Hall and Paul Escott are removing air trapped inside specimens using a mild vacuum. In the centre Christine Puza is repairing a dehydrated and damaged inflorescence of a primrose dissection (with a close-up of the specimen to the the right). On the far right, Jan Pette is repairing invertebrate specimens sealed in perspex jars. 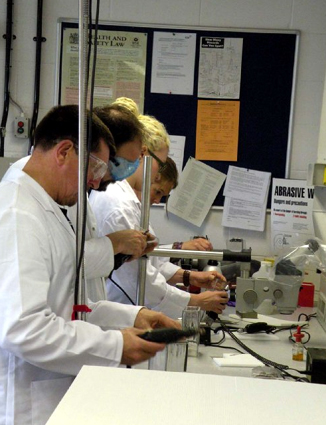 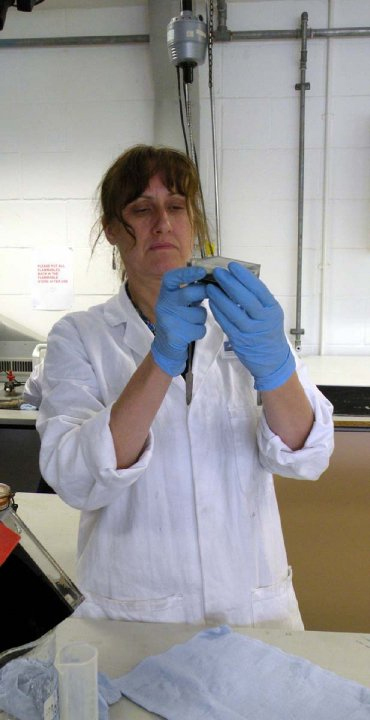 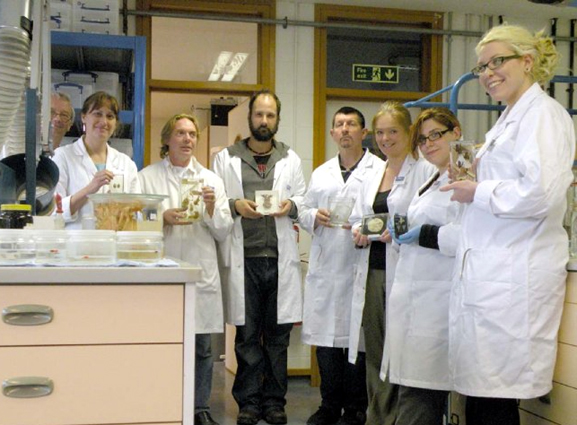 On the left Geoff Hall, Paul Escott, Lucie Graham and Jill Kerr are hard at work. In the middle, Angela Smith is tracing a tiny leak in a perspex jar. On the right, the delegates at the end of the course with some of their conserved specimens.