The thought of working for 3 weeks in eastern Australia’s summertime whilst the UK is being inundated with an unusually high rainfall would be tempting for many, and certainly was for me. So after an initial two weeks of recovery from the journey and some holiday time, the first of two four-day fluid preservation courses was ‘ready to roll’ at the Melbourne Museum’s conservation studio. The other conservators had graciously put their projects on hold for 2 weeks so that the courses could run without interruption. I was also honoured by the presence of some world-class taxidermists and preparators in the classes. The Melbourne Museum itself is a multi-disciplinary museum with some interactive and live specimen displays in a special natural gallery. There are also some key exhibits not least the taxidermy skin (mounted on a mannequin) of the renowned racehorse Phar Lap [museumvictoria.com.au/collections/themes/1628/phar-lap-champion-race-horse-1926-1932]. This exhibit brings in many visitors who have heard of him, from all over Australia and further afield. His heart is preserved in fluid in a gallery at Canberra’s Australian Museum [www.nma.gov.au/collections/highlights/phar-laps-heart] and while I was there (later) I had to wait to see it while some children photographed each other standing next to the exhibit – such is the draw. In 2006 my first fluid preservation course was held at Oxford University’s Natural History Museum and included two conservators from Canberra keen to repair the famous heart which was deteriorating and which has since been repaired. The two fluid preservation courses in Melbourne were attended by a total of 25 conservators - some from the Museum itself, some from other Australian Museums and quite a few from New Zealand. Among the specimens to be conserved were a mix of Australian fauna and flora, including a dried-out koala foetus, a young koala (below), some marsupial ‘mice’ and a duck-billed platypus which had been part-dissected so that it’s head was detached. The latter proved to be quite a problem as the skin, dehydrated over a long period in alcohol, had slightly shrunk. Rehydrating it in a warm 5% solution of Decon-90 over a few hours brought it back to a more reasonable size so that the head could be re-attached. 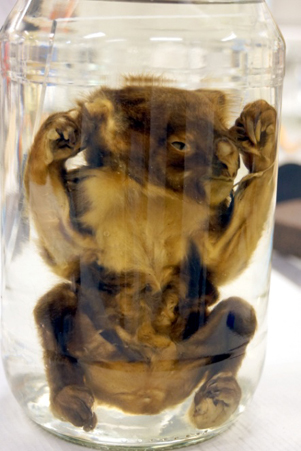 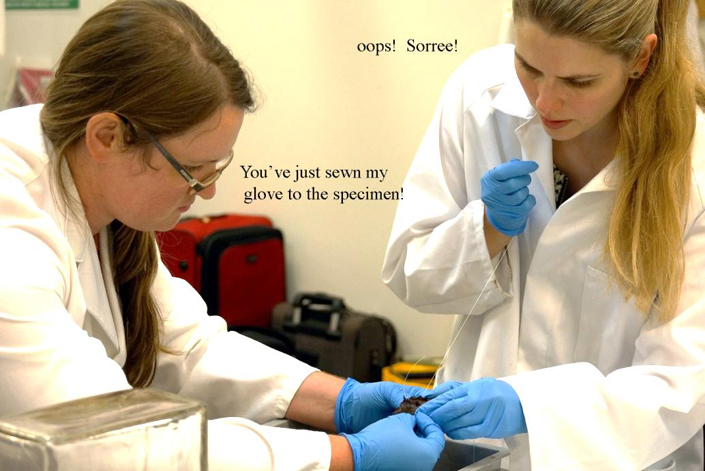 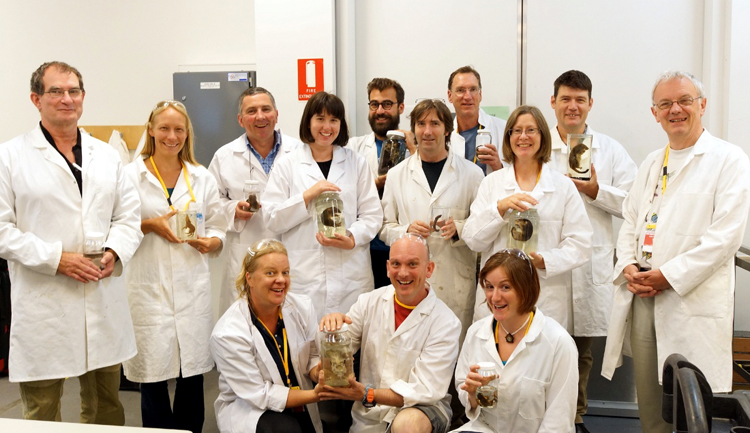 Left, the dried out juvenile koala looking slightly more like a specimen again rather than a dried-out hirsute husk. Middle, Emma Clifton and Vanessa Pitt (sewing) the platypus head back into its body and not (in fact) onto Emma’s glove but the facial expressions required a caption! Right, the attendees at the end of course 1 – all smiles!

I had also been asked to run a one day taxidermy course in between the two fluid preservation courses. This was fine by me but I was dealing with some of Australia’s top taxidermists and preparators! Appearing to be undaunted by this, I launched into the course and everyone said how much they enjoyed it and found the applications for Japanese tissues particularly useful. 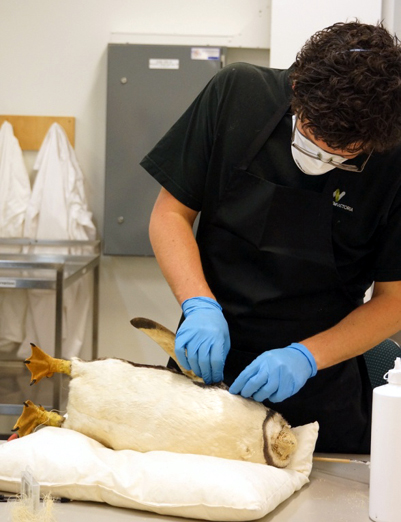 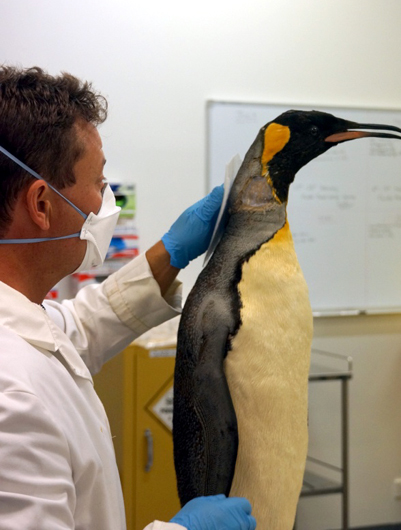 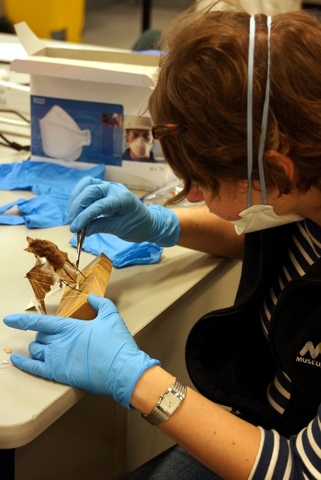 The taxidermy course was writrten up by staff at Victoria Museum on their Blog.

After that I flew to Canberra for a few days to examine what may be the only fluid-preserved specimen of a Thylacine in existence. These were known as Tasmanian Tigers or Tasmanian wolves as the skull is remarkably similar. But due to natural depredations of sheep flocks they were unfortunately wiped out in the early 1900s although sightings have since been made but not confirmed.
The specimen had been crudely skinned at the time of death, leaving some skin attached to most of its tail and part of its head. It had been preserved in a special colour preservative known as Wentworth’s solution for some time and was still in remarkably good condition. The solution is often used for anatomical specimens to prevent fading or colour-leaching of organs over time.
My presence made the national news and I was afterwards quizzed by various radio stations over the next 24 hours. 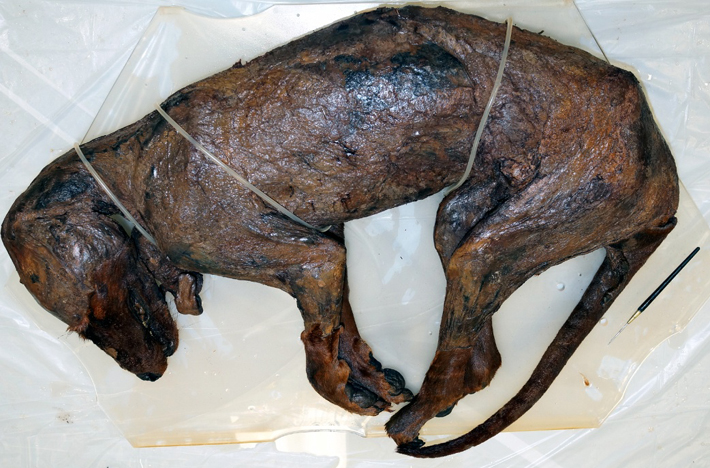 The Thylacine body, out of its container of Wentworth fluid which explains why the colour is still present.