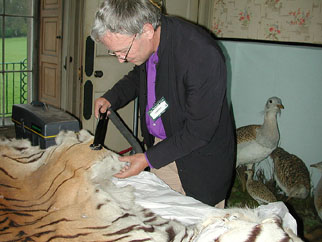 Projects undertaken for National Trust properties in 2004 by Simon Moore 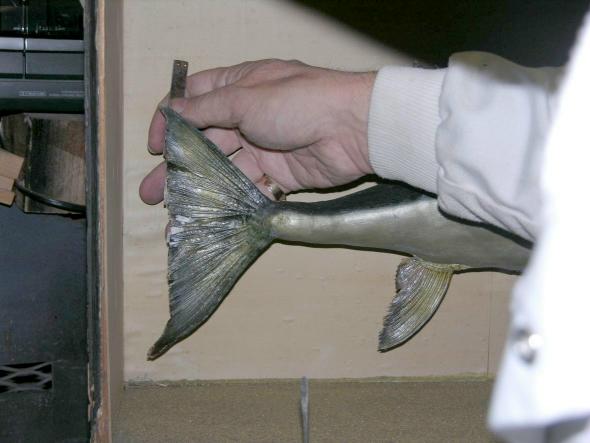 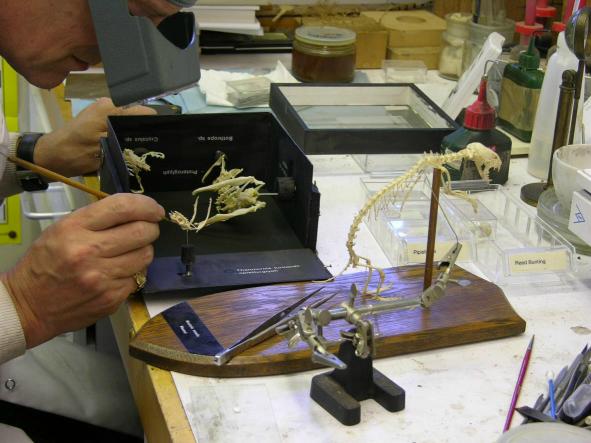 Introduction
Natural History was as important a part of collecting in many grand houses as the acquisition of fine paintings or objects. Of these, some are scientifically arranged and have full data of where and when they were taken and by whom. Others are purely for display, adding a splash of spectacular natural colour. Surveying the many natural history collections in historic properties is quite an undertaking and will gradually be covered over the next 10 years. During this time some unusual material will come to light.


Now that conservation and curation-related matters are correctly prioritised and that House staff are apprised of deteriorative agents, pest and other related incidents are relatively scarce. However, even with the best will in the world, wild birds can fall down chimneys and die, their corpses giving rise to an eventual pest outbreak. Now that COSHH has banned the use of nearly all insecticides, proper training and subsequent vigilance are paramount. 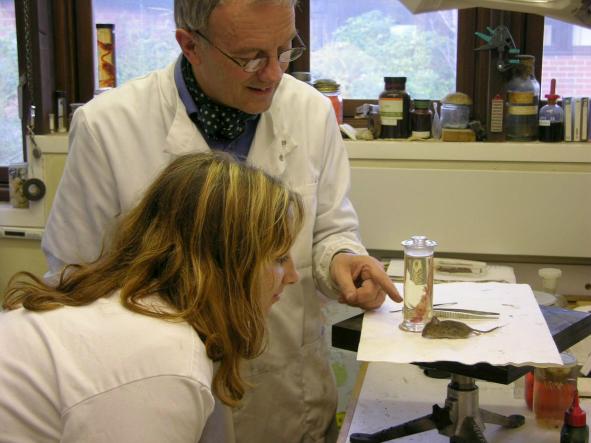 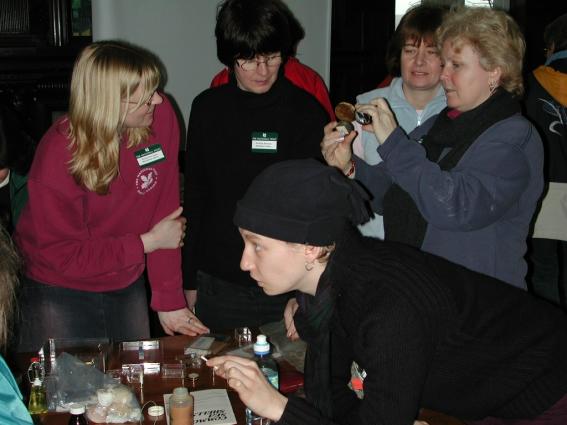 In 2004 Simon carried out survey work for the National Trust largely in the South West in properties in Devon and Cornwall but also in Wales, and a training day for staff in this region was given by Simon in early 2004 (see picture to the right).
Properties visited in this region in 2004 included A la Ronde – an important if small property owned by the Parminter sisters in the 18th century with a fascinating collection of shells and other more unusual objects, especially important as it shows the female aspect of Grand Tour collecting. Also Antony House, containing a varied collection of artiodactyl head trophies and Arlington Court with its amazing diversity of collected materials. In the summer he visited Castle Drogo, Watersmeet, Knightshayes Court (a must for enthusiasts of Victorian gothic art), Cotehele, Saltram and Lanhydrock which have fine collections of artiodactyl trophies and more local animals including choughs, some of which are in need of conservation. 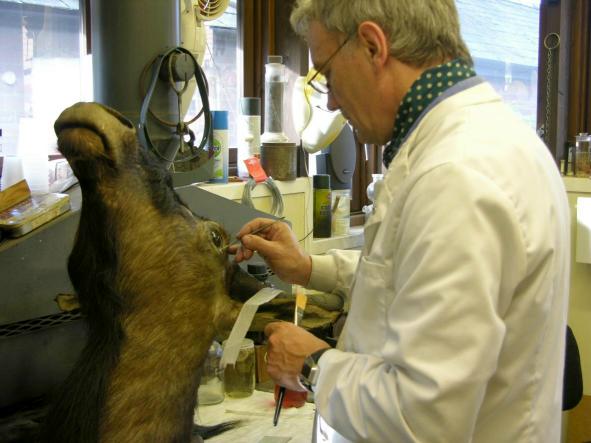 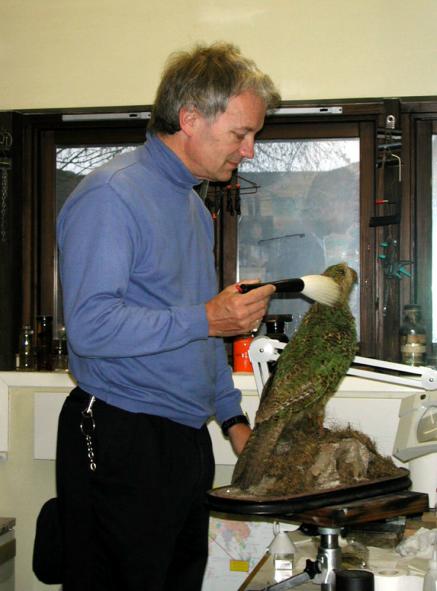 Calke Abbey in Derbyshire contains the largest collection of Natural History specimens of any National Trust property and requires at least one visit per year. Simon's assessment visit this year unearthed some fossils requiring treatment including an extremely fragile fossil pine cone. 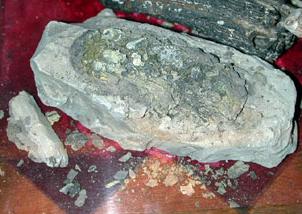 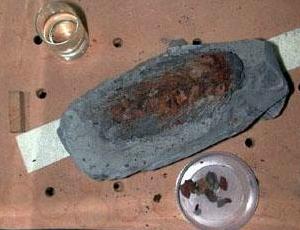 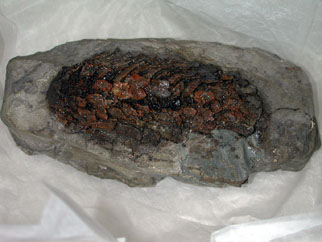 A fossil pine cone that had suffered from pyrite decay: before, during and after treatment.


Simon continues to identify and curate the large Iliffe shell collection at Basildon Park, and hopes to see the near completion of this work in 2005 so that visitors can clearly see the identity of all the displayed shells, and researchers will be able to find out more about them from the collection’s renewed database. He has also reported on the Natural History specimens at Benthall and Attingham in the Midlands. 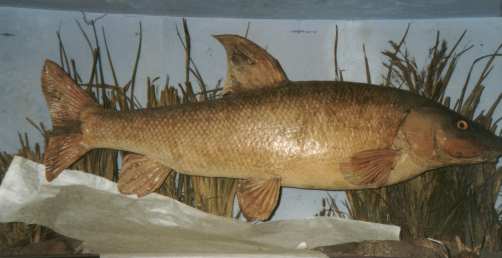 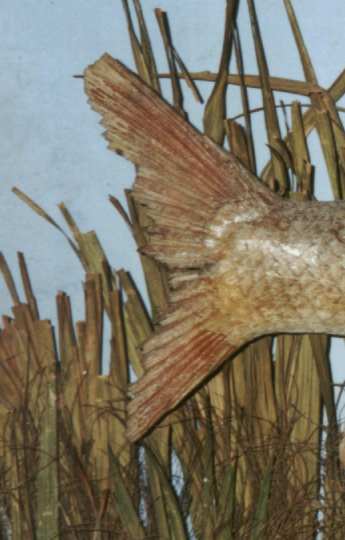 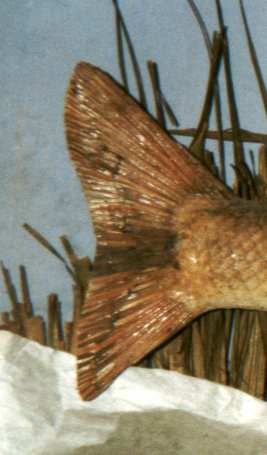 The tail of this barbel was severely damaged and needed repairing with japanese tissue and then colouring. Details show before and after conservation.


Shells with Byne's disease (Calke Abbey) before treatment (left) and after cleaning, sorting, recording and repacking with archival material (right). 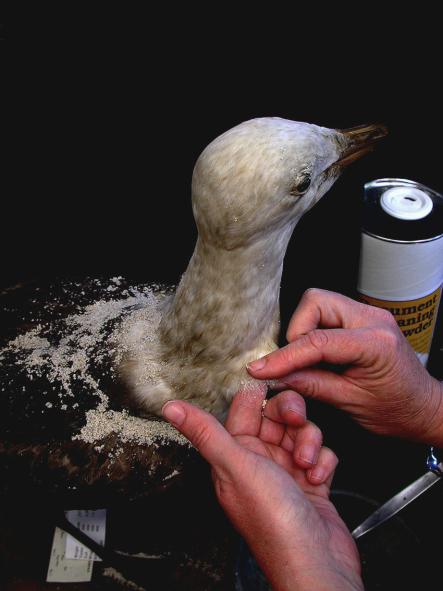 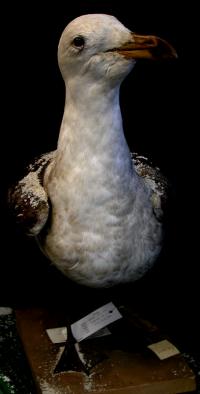 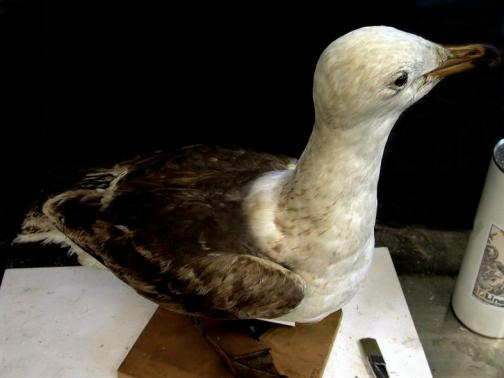 This dirty Lesser Black-backed Gull had its feathers cleaned with a new technique.