This is a very large fossil fish - a Lepditodes latifrons - from the Jurassic era. It had warped and split and dozens of large and small cracks had opened up over a number of years, so it was brought to us for investigation. The fossil and the matrix it was embedded in was investigated for pyrite decay but was found to be stable. It was judged that the fossil had cracked due to exposure to warmth and dryness. The cracks were filled with a stable and reversable gap-filler (see: Larkin, N. and Makridou, E. (1999), Comparing gap-fillers used in conserving sub-fossil material, The Geological Curator 7 (2), 81-90.), and the broken pieces re-attached. 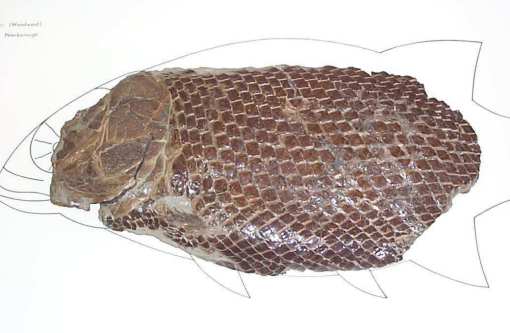 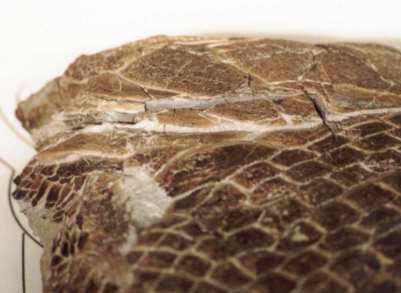 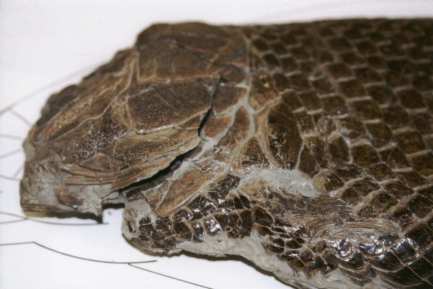 These pictures show the fossil before the cracks were filled.

The fossil itself represented only the central area of the body of the fish, with some of the head. It wasn't immediately obvious that it was a fish, so we were asked to model in some appropriate features. Research was undertaken and images found, and we were able to model in the head, fins and tail to make it look alot more fish-like. The finished result was painted so that on closer inspection it was clear which were the modelled areas and which part was the fossil. For further information, visit the webpages of Bedford Museum. 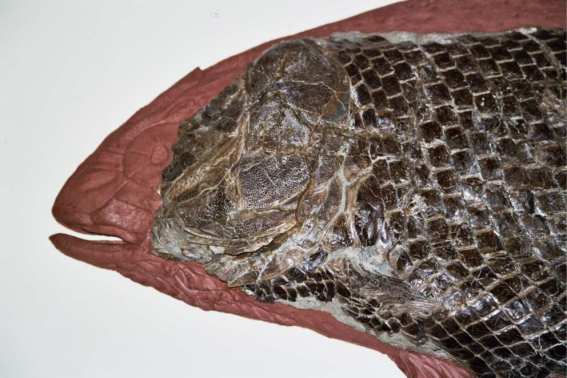 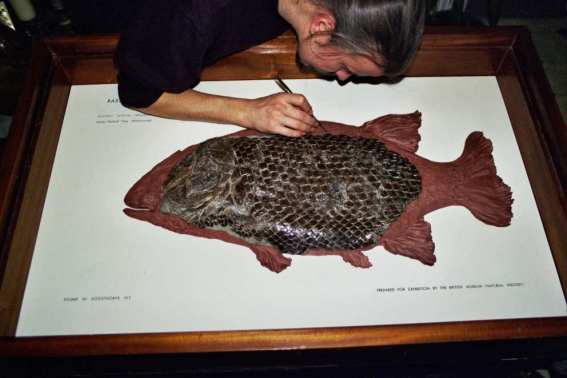 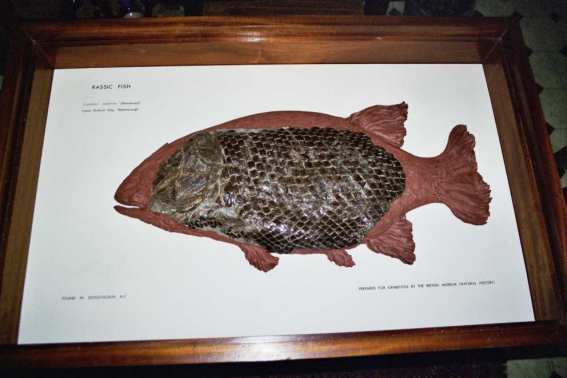 These pictures show modelling in progress and the finished result. 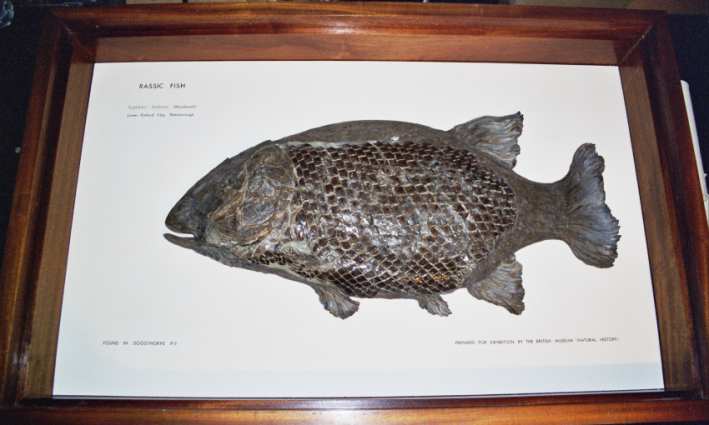