Natural-History-Conservation.com Repair of specimens at the Cuming Museum, London, after a bad fire.

In March 2013 the Cuming Museum (Southwark, London) suffered a bad fire that destroyed some of the galleries. In addition to the fire, much material that wasn’t burnt had been soaked by firehoses and liberally sprinkled with tiny glass splinters from breaking cases. See: The Cuming Museum home page & The Museums Association’s coverage of the incident.

Just such an example was the macaque mounted as a clerk (below left). His fur had been liberally sprinkled with glass plus areas of his skin were very dry and his 'desk' had to be repaired. This image shows Simon Moore repairing the macaque’s quill nib (which had split about 2 cms to above the normal area) with fine Gampi tissue and dilute PVA.
The strange looking ray-type fish (below middle) was dried out in an early 19th century handblown museum jar. These strange fish were often brought back as souvenirs of voyages by sailors and were known as Jenny Hanivers. Some also had additional arms and legs added and others were turned into mermaids. This specimen's jar had survived the fire but the specimen was quite brittle and it was decided to rehydrate and re-preserve it (below right). 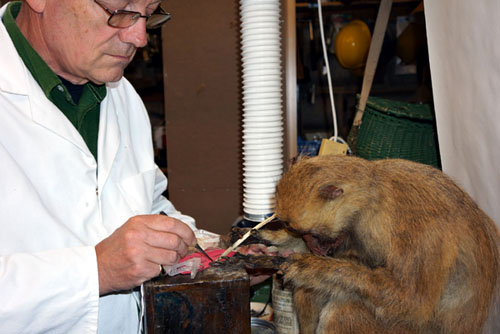 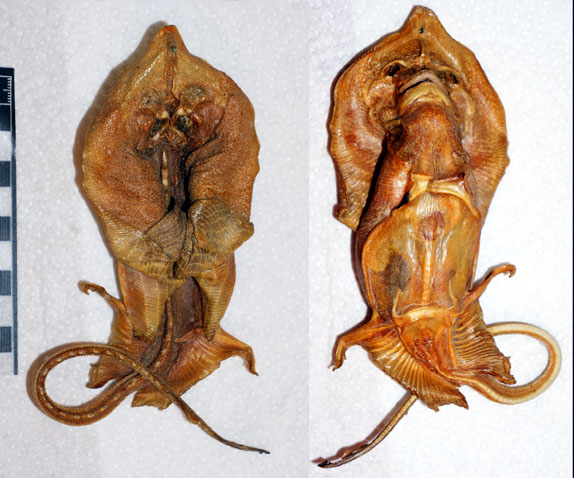 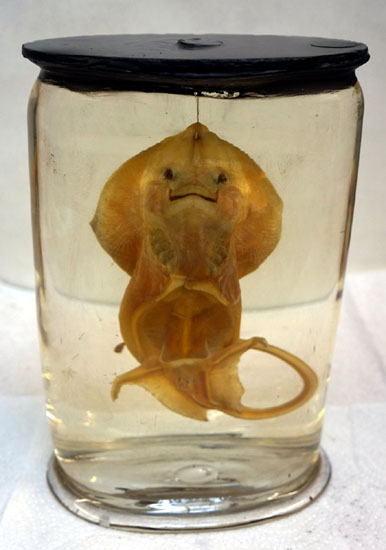 The knotted wood specimen shown below was another biological curio showing a monocotyledinous stem (like a small palm tree) that had become naturally twisted into a knot. The stem was rapidly delaminating and its vascular bundles were extremely brittle (left) and falling out everywhere. The specimen was consolidated using 5% and 10% paraloid B-72 and then finally using aqueous diluted and full strength PVA. Despite some expected darkening the specimen is now stable once more (right).