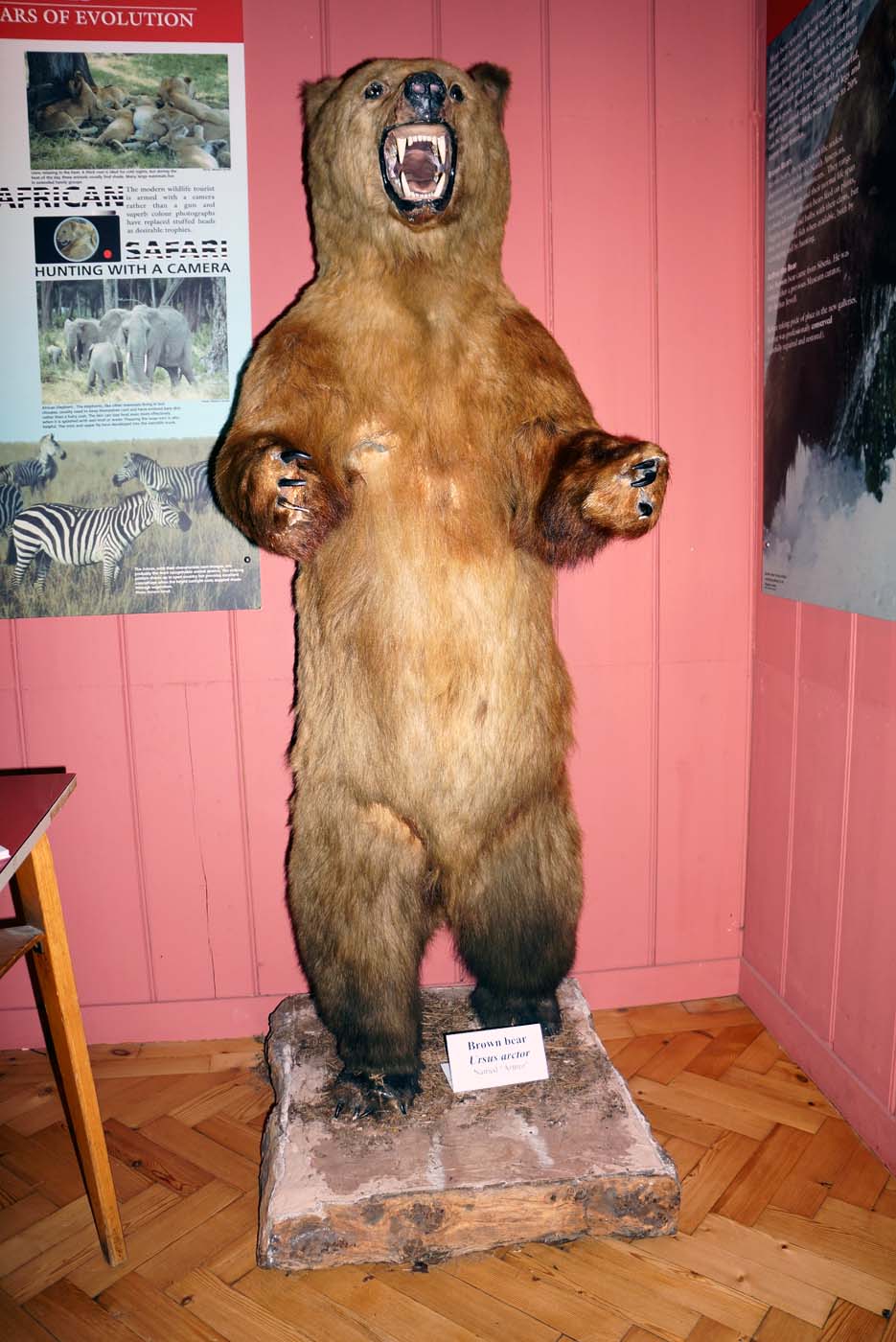 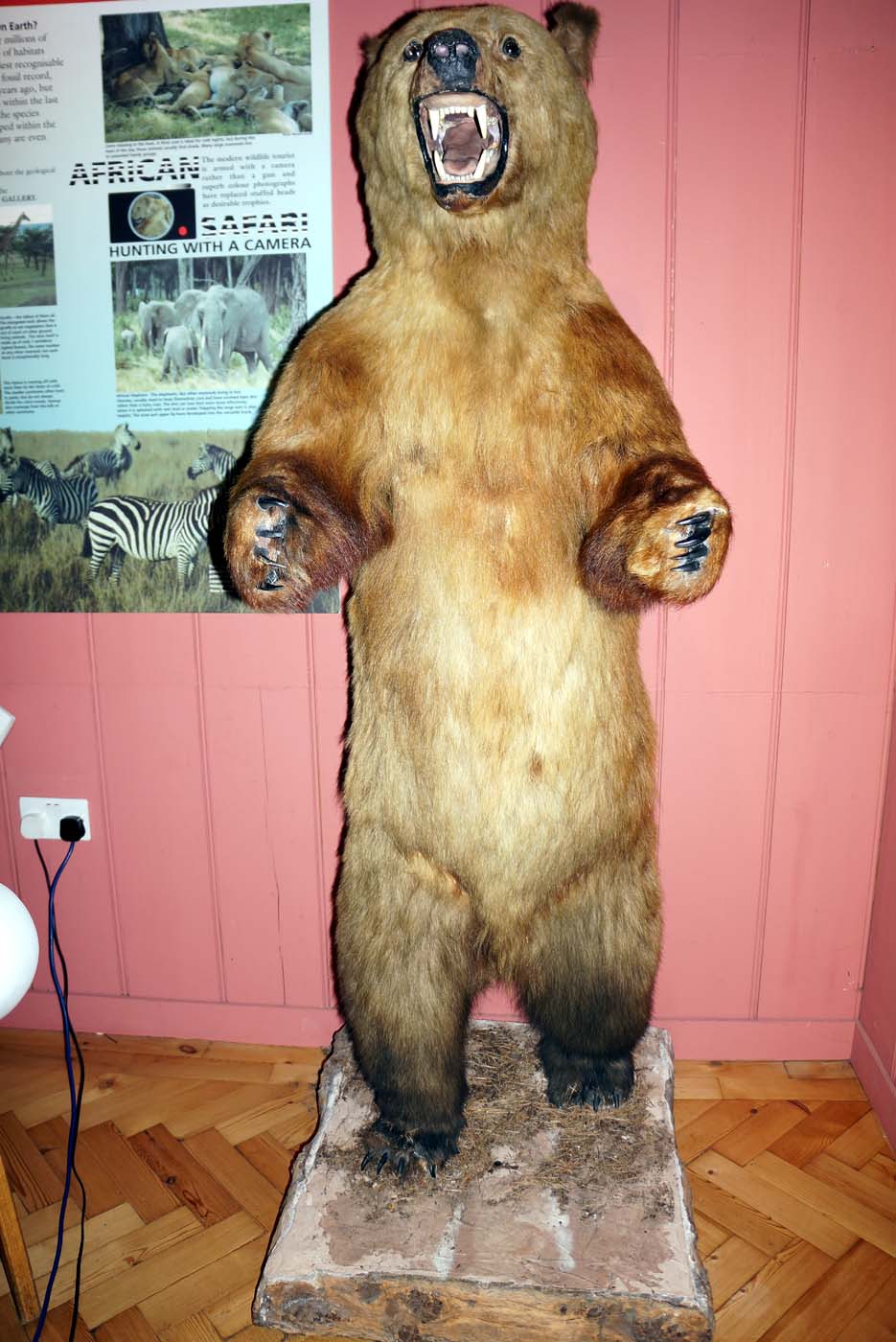 Condition
Arthur the Siberian Bear is Haslemere Educational Museum’s mascot and is much loved and stroked but he is occasionally abused by the public. His right nipple was slightly exposed due to fur stroking/plucking and his right paw pad had been torn away, exposing the wood-wool stuffing. From each of his paws one claw was missing and two claws were loose in his right foot. Some areas of skin had also been exposed on each of his paws, especially on the right.
The image to the left shows Arthur before conservation treatment (with a bare patch around his nipple, and claws missing) and the image on the right shows Arthur after treatment.
Treatment
All of Arthur’s claws are now made of resin due to previous depredations by ‘claw hunters’! One loose claw was removed and ground to a more realistic shape, then used as a template for making a mould from re-meltable rubber (see below). New claws were cast using epoxy paste, then shaped by grinding to remove the sprue, casting scars and seams, then painted with dark brown and black paints. These were attached into the relevant areas using the epoxy paste and these areas ground smooth and painted black. The paw pad was also made from this material and then ground smooth and painted black. Suitably-coloured hairs were taken discreetly from Arthur’s back and glued in ascending rows along the pad using neutral pH PVA adhesive. Other areas where the fur had been removed (chest and upper right arm) were similarly treated until Arthur looked more like his old self and with a full complement of claws. Ethical issues: The epoxy paste is very hard to reverse but it was deemed more efficient to make Arthur more ‘vandal-proof’ and hopefully avoid further issues. 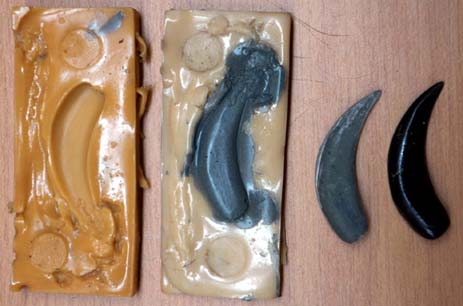 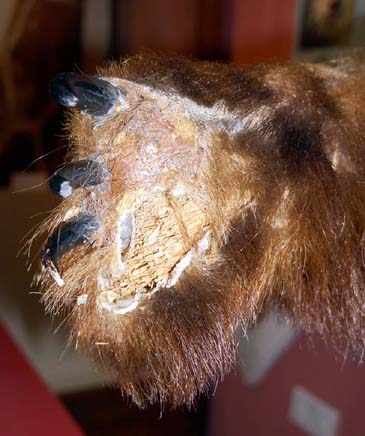 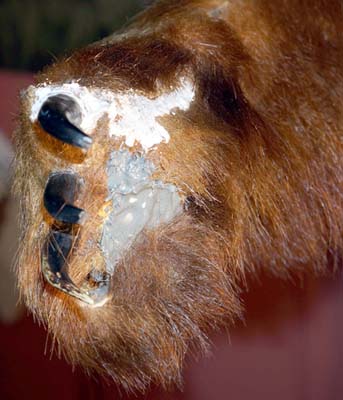 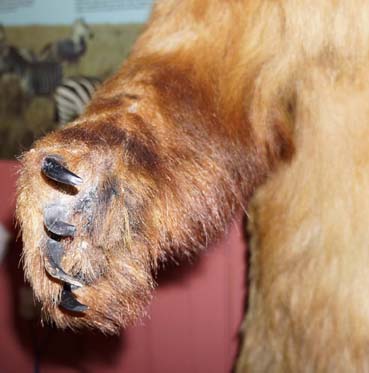 Left image: the moulds and casts of the claws. Middle to right images: The damaged right paw pad with wood wool showing; the pad with with epoxy resin base (grey) and with adhesive (white) ready for fur swatch transplanting. Note the lower claw socket empty and filled (image on the far right).