You can also see a PDF of a poster made about this project here: www.natural-history-conservation.com/LRfish.pdf

History of the specimen: A large piece of Jurassic mudstone (approximately 40kg in weight) was found lying on the beach beneath the Spittles slip east of Lyme Regis in the autumn of 2011. Very small pieces of bone could be seen in the sides of the block all the way around, about one third of the way down through the block. These looked like they might be fish bones. Clearly, if there were pieces of bone in the broken edges then there should be more of the specimen lying on the beach. Richard Edmonds, the Earth Science Manager of the Jurassic Coast World Heritage Team was informed, as well as local collectors. Several more pieces were subsequently found on the beach and in the slip. 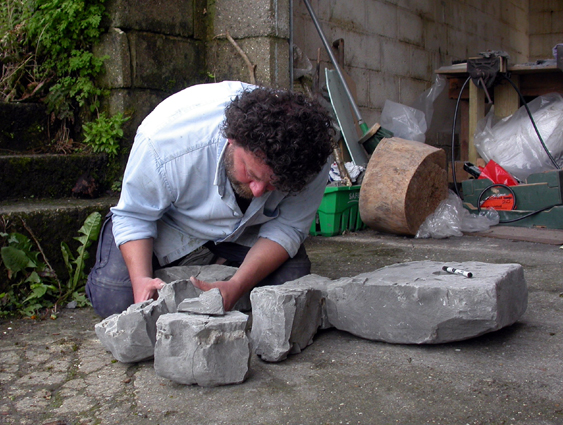 Left: Richard Edmonds trying to piece the blocks together. Right: the various pieces in association.


Several small bones could be seen in their entirety in some of the blocks of mudstone that had been broken in the slip, but no local experts – many of internationally regarded expertise – could say whether the specimen was even in fact a fish, or a reptile, such were the strange nature of the bones. Therefore it was regarded as of potentially significant scientific interest. As a result it was recorded as a category 1 specimen in the West Dorset fossil collecting code of conduct and funding was sought to prepare the specimen to expose all the bones so that it could be studied.

The material: This specimen consists of one large block of compressed Jurassic mudstone and nine smaller adjoining blocks, all known to contain bones or fragments of bones from what was presumed to be at least a partial skeleton. Eight other fragments were associated with it, the smallest of which did not join anywhere. Two of these eight pieces had been split from a larger block whilst on the slip and contained fragments of bones with counterparts in the larger pieces. 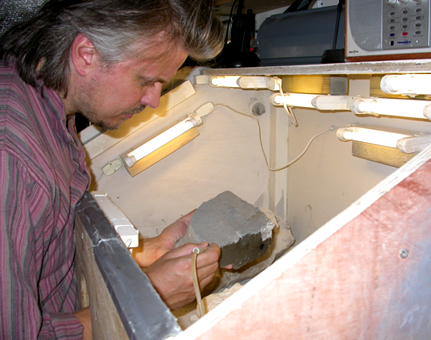 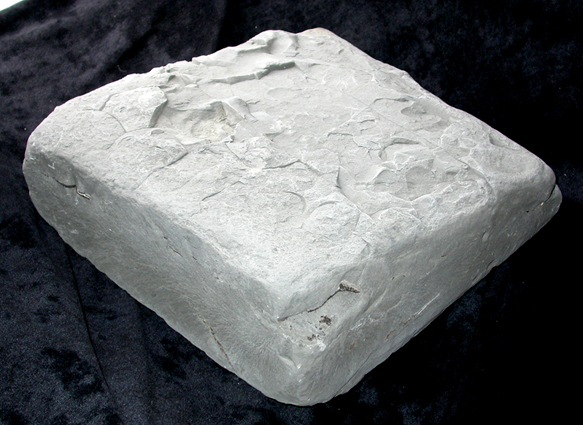 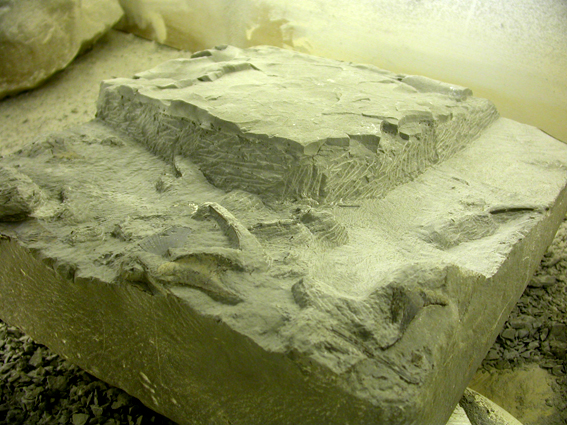 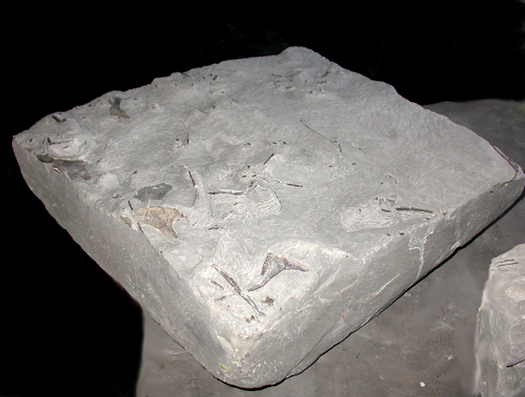 Left to right: Preparing the material with the airbrasive in a glazed glovebox, and the largest specimen before, during and after preparation.


Preparation: Tools used to prepare the specimen were a pneumatic airpen with a vibrating nib and a swamblaster airabrasive utilising compressed air and sodium bicarbonate powder. The top couple of inches of each block had to be removed with the pneumatic pen down to the level of the bone layer. The rock was quite hard and the bones were very small, fragmentary and brittle and lay in unpredictable positions. The sodium bicarbonate was aggressive enough to clean up the bone fragments and to slightly smooth the edges of the marks left by the pneumatic preparation pen but was not strong enough to handle much preparation on its own. More aggressive powders could have been used to remove the rock but these would have been far too damaging to the bones. Bones that were visible in the breaks between adjoining pieces were inevitably in poor condition as they had been damaged on the beach or during their time in the slip. However, the rock was in good enough condition that the adjoining pieces could successfully be glued back together. 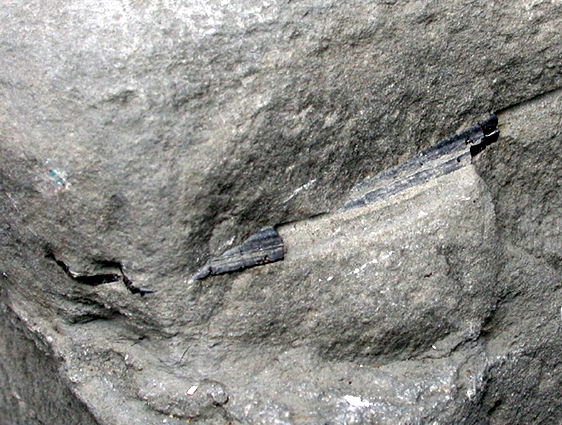 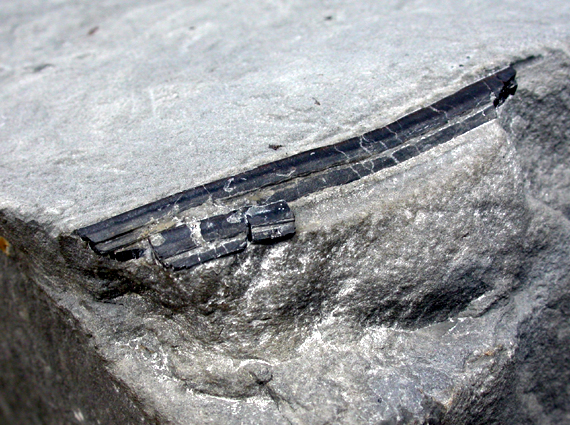 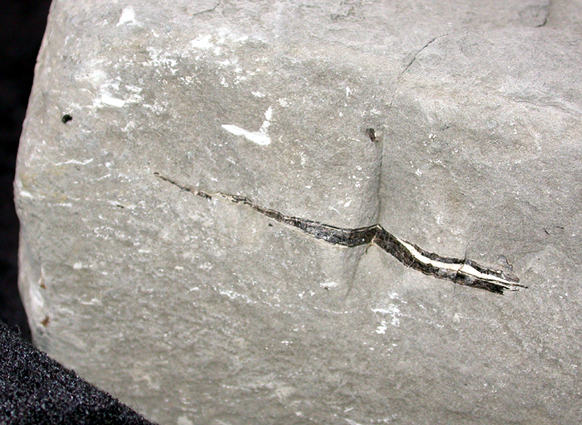 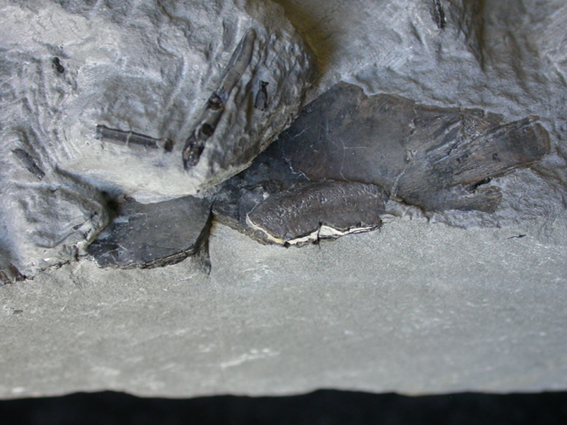 
Conservation: The surfaces of the breaks were treated with a couple of applications of Paraloid B72 (a reversible methacrylate co-polymer) in acetone at 10% before Paraloid B72 glue was applied and the pieces left at a suitable angle for the glue to set. If they need to be taken apart in the future, the joins can be loosened with the application of acetone. When all the smaller pieces had been prepared and glued back together, their undersides were treated with Paraloid B72 consolidant (in acetone at 10%) to form a reversible protective barrier layer. Then plaster of paris was applied to the undersides of these pieces to make the specimen a universal depth and to give it additional mechanical strength so it was less likely to fall apart when moved. To further reduce the risk from mishandling, a piece of thick plywood was cut to the same shape to go underneath, so that rather than lift the specimen directly, hands can be placed under the wood (batons screwed to the underside make this easier as fingers can get beneath).

All chips of rock more than 2mm in size (amounting to about 11kg) were saved and returned with the specimen in case they are useful for research, i.e. looking at the environment the specimen is from, or trying to match it with in-situ material. The main block weighed approximately 41kg when found, and had approximately 7kg of rock removed during preparation. It now weighs 34kg and this should be noted in the accessions register or museum database as ideally two people should lift it when it needs to be moved. 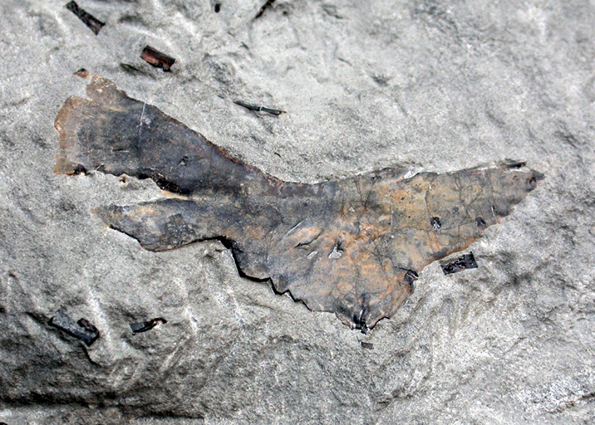 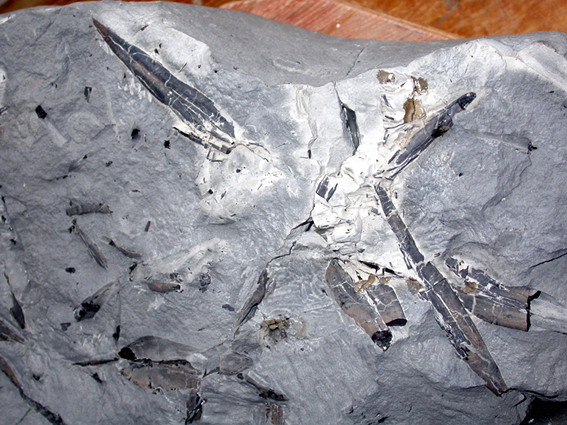 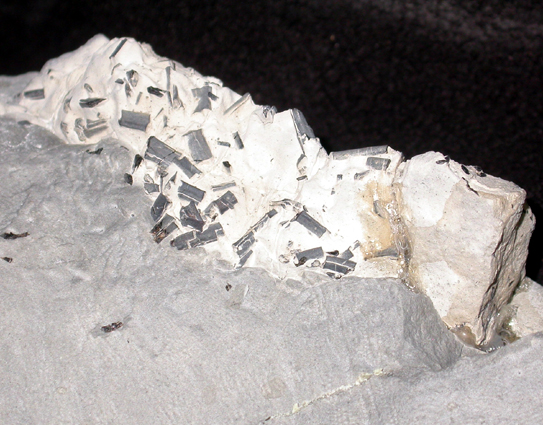 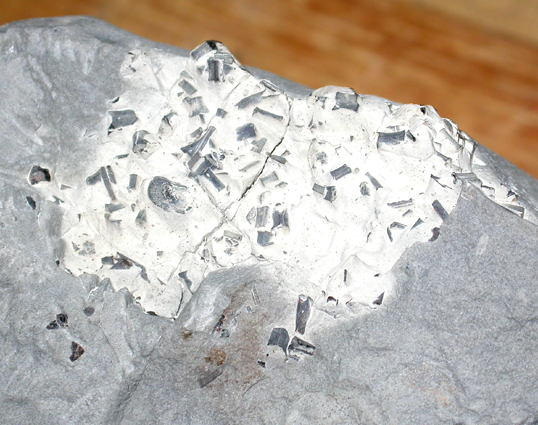 Other bones after preparation. Can you tell what it is yet? The material has yet to be identified - we will post an update here if a name can be put to it in due course. 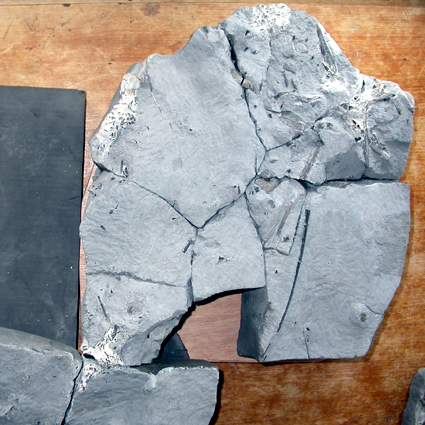 The smaller pieces after preparation and gluing back together.